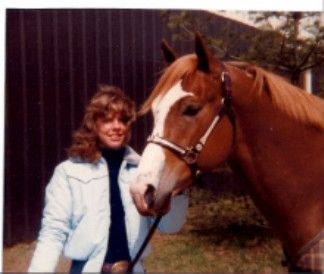 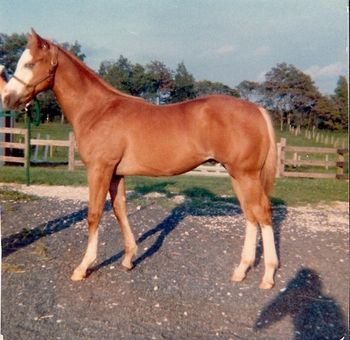 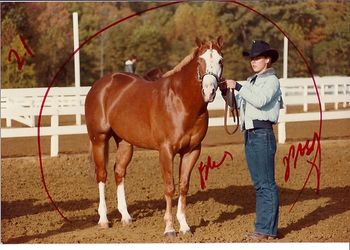 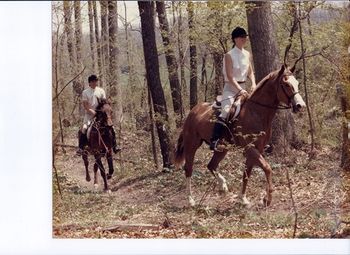 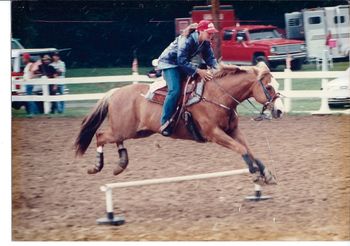 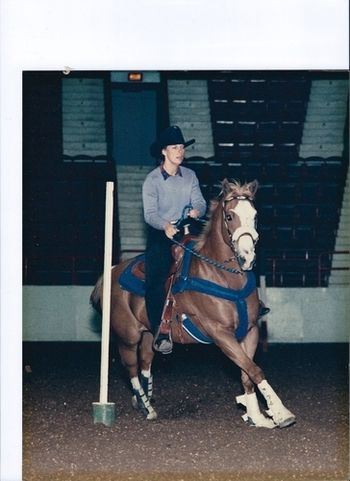 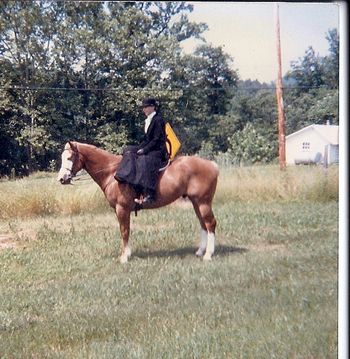 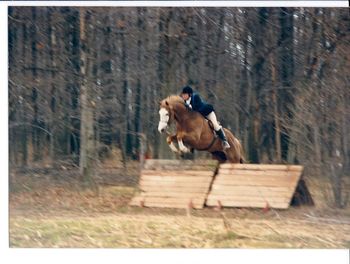 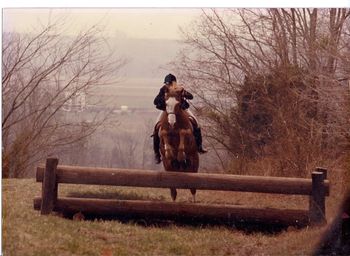 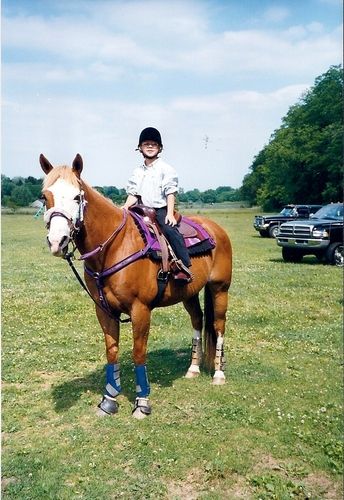 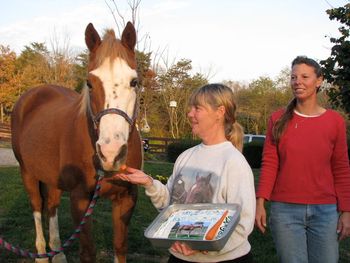 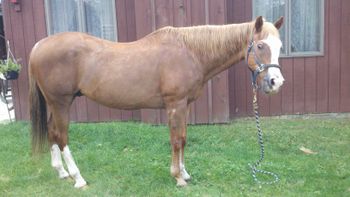 Celebrating 32 years together. I am so grateful to have had such a great partner and to have a place to keep him comfortable in his retirement years.

Stoney came to me as a weanling. He apparently had never been in a barn before much less anything else when my parents brought him home from Texas. He was to be a companion for a colt they had bought to race. We didn't have any foals to keep Sticks company so they brought Stoney home to be Sticks' buddy. Sticks and Stones were both Appaloosa bred race horses. Sticks went to the track and Stoney became my project. As a yearling we haltered and as a 2 & 3 year old he did pleasure futurities.

Race horses don't always make the best pleasure horses (a lesson I can't seem to learn) but for fox hunting and hunter paces, he was the best. Still I couldn't stay away from the Appaloosa shows so to utilize Stoney's speed and athletic ability; we competed in the speed events, mostly barrels and poles. At the bigger Appaloosa shows, horses run horse against horse instead of individually timed. Winners run against winners and losers run against losers in a bracket system until you have a winner on top and the loser on the bottom. It is very exciting to watch and compete. The horses need to be absolutely obedient "at the gate" and have a clean run.

After many years of running barrels and poles in the summer and fox hunting in the winter Stoney moved onto to his second career as a lesson horse. His sensitivity and smooth jog trot made him an excellent mount for the younger riders to learn on. I am very lucky to have had a few really great horses like Duce, Stoney and Easy. Not only have they done literally all kinds of events and rides for me but they were also excellent school horses allowing me to relive those special moments again and again through my students. My wish is that everyone that wants it can experience that special relationship with their horse like I have had with Stoney.